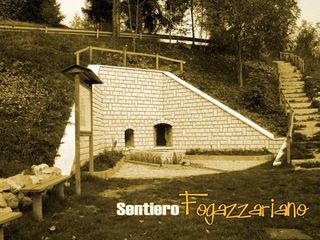 For the writer Antonio Fogazzaro, who graduated in Law from the University of Turin in 1864, Vicenza was not only his home town, but also provided the setting for most of his books, with two exceptions, Little World of the Past, which is set on Lake Lugano, and Malombra, set on Lake Como. There is one novel, however, The Man of the World, which devotes one of its most intense parts, chapter six, to a town called Vena di Fonte Alta, officially recognised as Tonezza del Cimone. Certain places which are described in this chapter are still easily identifiable in Tonezza, such as the fountain just above contrà Tezza (the "fontana delle noci" - walnut fountain), the villa belonging to the Roi family (the "villino dei faggi" - beech villa) or the viewpoint overlooking the Riofreddo valley.

The Sentiero Fogazzariano (the Fogazzaro Trail), opened on Saturday, 16 July 2005, and is testament to the role Tonezza played in the work of Antonio Fogazzaro.

The walk begins following the old “strada comunale della Tezza" (municipal road to Tezza), which fell into disuse after a new road was built. Information boards along the walk provide notes on local history and the environment, together with detailed trail information such as distances, level of difficulty, and intersection points with other trails in the area. Halfway through the walk is the “fontana delle noci”, immortalised in the scene in the novel where Piero Maironi and Jeanne Desalle finally kiss.

Pamphlet and map of the Sentiero Fogazzariano 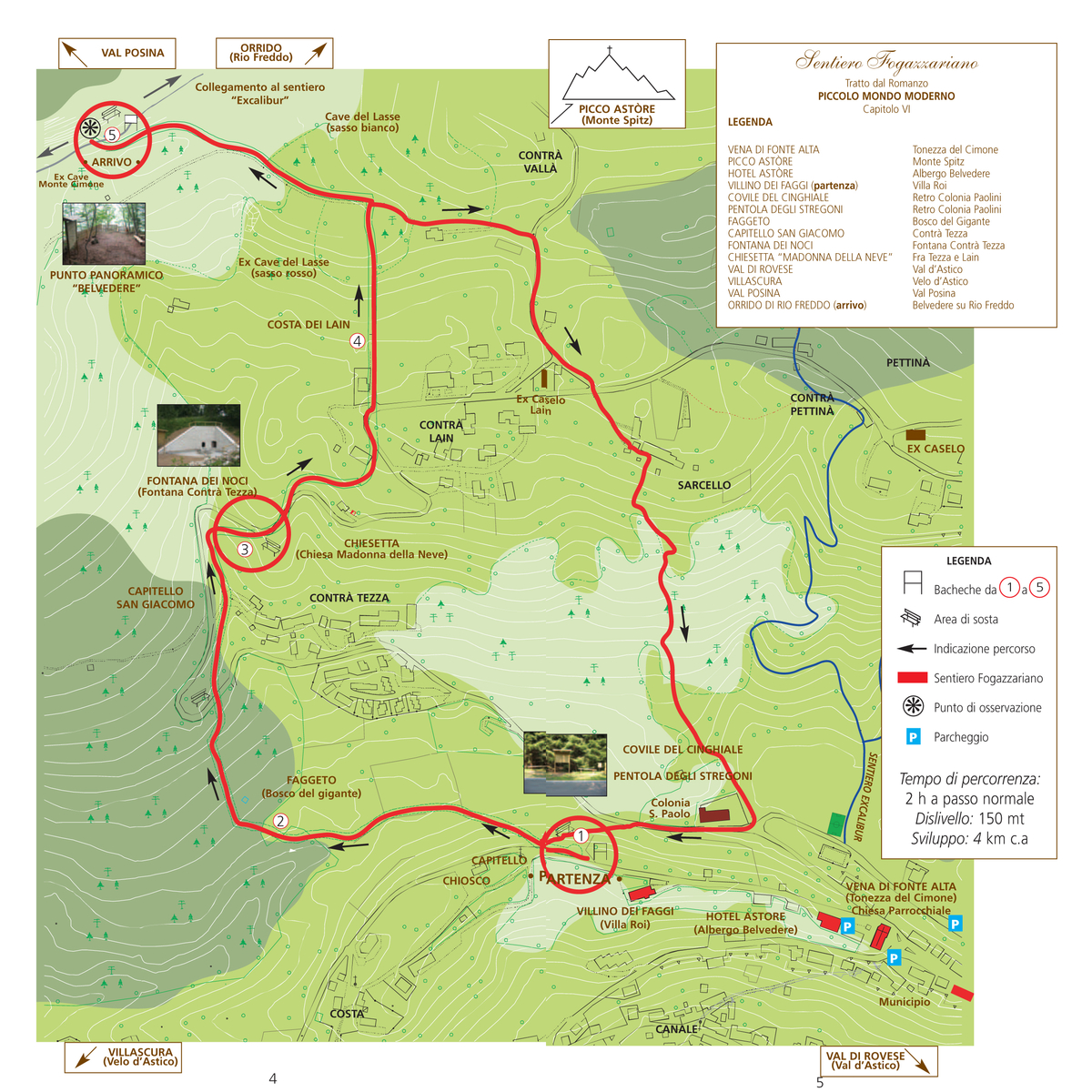 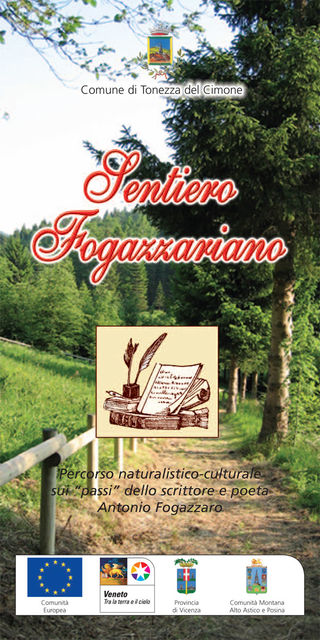 Hikers walking through the final stretch of the CFR up to the "villino dei faggi" in Tonezza del Cimone, can appreciate Tonezza's Sentiero Fogazzariano as a pleasant, fascinating continuation of the Fogazzaro route.
It is actually worth walking through this easy, short path, up to the final panoramic viewpoint overlooking the Rio Freddo Valley.