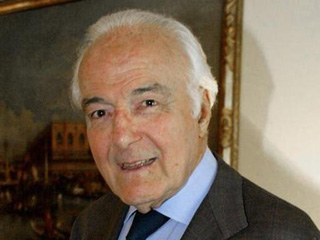 The Cammino Fogazzaro-Roi is also dedicated to the famous writer's great-grandson, the Marquess Giuseppe Roi, known as Boso, (1924-2009). He was one of the great patrons of art and culture in Vicenza and last heir of the Fogazzaro and Roi families.

His family were in the hemp textile business and built three factories in and near Vicenza. His grandfather, also called Giuseppe, was a great philanthropist and his generosity towards the church and work in the community (he built a model town and nursery school) earned him the title Marquess. He married Teresa, known as Gina, the eldest daughter of the writer Antonio Fogazzaro.

The Marquess Giuseppe Roi, nicknamed “Boso” by his father after a contemporary film hero, attended Pigafetta Grammar School in Vicenza (as did his illustrious ancestor) and then went on to study Law in Ferrara. He was a man of culture, great sensibility and taste, generous both in spirit and with others, cultivated and a tireless promoter of culture at home and further afield.

The Marquess Giuseppe Roi was chairman of the Provincial Tourism Board in Vicenza from 1956 to 1973, chairman of the Venetian Villas Board from 1960 to 1970 (today known as the Istituto Regionale per le Ville Venete), working to support it together with Bepi Mazzotti, Renato Cevese and Giovanni Comisso. He was also president of the Rotary Club of Vicenza, the local branch of Italia Nostra from 1965 to 1969, and of the Società del Quartetto (testament to his passion for music, like Fogazzaro who had also held the same role). Above all, the Marquess Roi championed Vicenza and its Palladian villas as a candidate for UNESCO recognition as a world heritage site. In 1985 he was awarded the Medaglia d'oro by the city of Vicenza in recognition of his tireless and unceasing work promoting culture and artistic heritage. 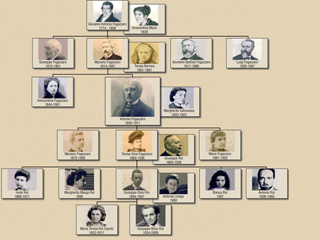 Evidence of his generosity and passion for collecting can still be seen today in the form of a bequest of rare editions and volumes relating to the theatre to the Accademia Olimpica, of which he was a member (as was his great-grandfather Fogazzaro) until 2007. His other bequests include a collection of sacred gold vessels and ornaments, vestments and votive offerings to the Museo Diocesano in Vicenza, a collection of paintings, drawings and engravings to the Palazzo Chiericati Art Gallery, a collection of books to the Bertoliana Library and Fogazzaro's private papers (which were partly revealed to scholars and experts on the 100-year anniversary of the writer's death, on 7 March, 2011), and a collection of Veneto ceramics to the Museum in Bassano del Grappa.

As the crowning culmination of a life devoted to art and culture, the Marquess founded the Fondazione Giuseppe Roi in 1988 which aims to:

promote the Museo Civico di Vicenza in pursuit of its purpose either through partial or complete financing, the acquisition of artworks, their restoration, the creation of exhibitions and displays organised by the museum and the conservation and organisation of exhibitions in Palazzo Chiericati and other museum venues in Vicenza.

The Foundation financed the publication of the immense scientific catalogue of collections in the Palazzo Chiericati Art Gallery.