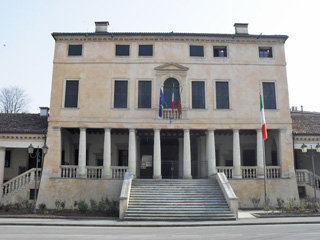 The starting point is the bridge across the River Bacchiglione in Montegalda; at Villa Gualdo follow the embankment which runs along the river; the route snakes through farm holdings on the left and is an easy walk amidst greenery.

After crossing the road at the roundabout before the village of Colzè, pick up the path again along the embankment (there is a gap in the guardrail); pass under the A31 motorway (Valdastico Sud), the embankment now follows a spillway canal and meets up with the River Bacchiglione on the left after the water works at Colzè.

In Debba there is a dangerous crossing so cross over first on the left, go on for 50m then cross back to the right on to the bike-pedestrian path and carry on ahead. Pay great attention here as the road is very busy. Shortly after the signpost for Vicenza, just beyond the villa “La Rotonda”, cross the main road again (SP 247), and walk up Via Della Rotonda as far as the sign for Villa Valmarana (approx. 300m).

Go up the steps on the right as far as the Villa Valmarana. Continue straight on and at the fork go up the cobbled lane to the left (via S.Bastian). At the end of the lane keep going, cross over the road which leads to Monte Berico and follow the dirt track which runs down along the arcade.

Keep to the right for 100m after the bollards and then take a sharp left over the pedestrian crossing in viale Fusinato. The road crosses over the railway bridge; after 50m turn left and cross the road at the pedestrian crossing towards the right; turn left towards Campo Marzo; after the bridge turn right into viale Eretenio.
At the crossroads near the bridge (Ponte Furo) go straight up contrà Carpagnon and follow the signs for “Due Mori” as far as Piazza delle Poste, where the first stage ends. Turn right to head towards Piazza dei Signori.

Montegalda, the centre of the village, Villa Gualdo, the Town Hall 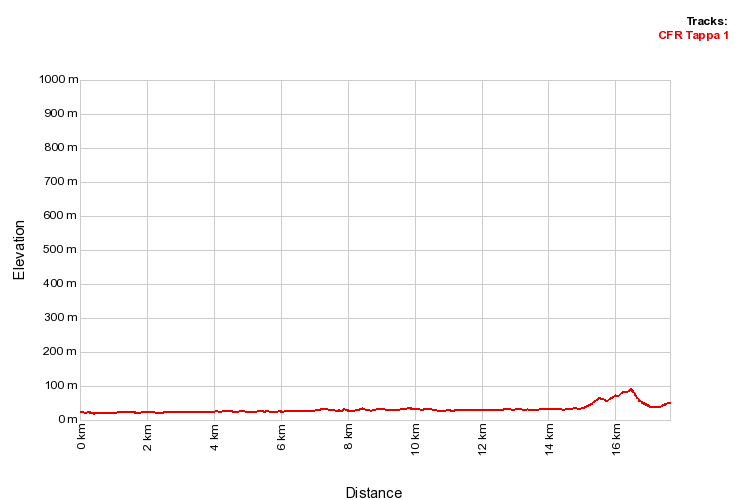 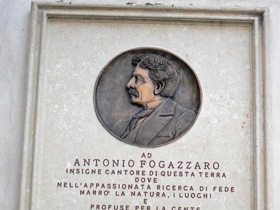 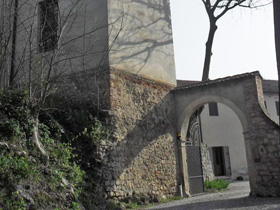 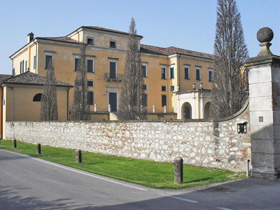 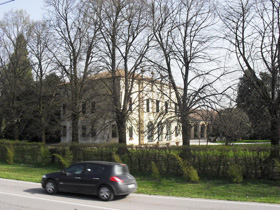 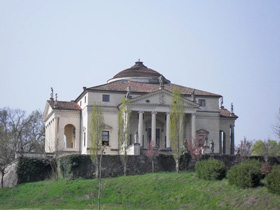 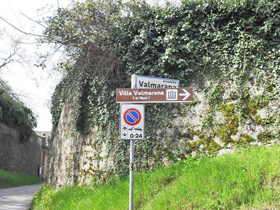 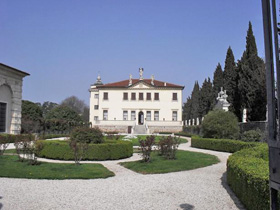 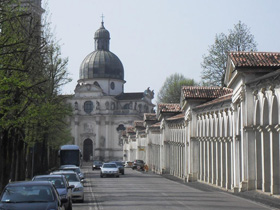 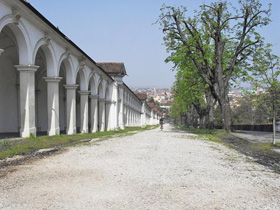 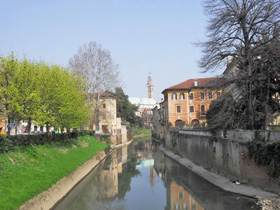 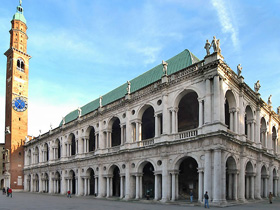